Writing has been a particularly difficult subject to teach. For one, there is so much that goes into writing a single sentence: idea formulation, subject-verb agreement, word choice, spelling, grammar rules, letter formulation, etc. It’s something that we take for granted as adults. Working with children who have language difficulties or delayed motor skills adds another layer of challenge. Writing just isn’t concrete enough to teach. For my first few years, we used editing checklists that had the dreaded “add more details” box for children to check. This year, I did some thinking about that box… How could I break it down and make writing, and especially editing, more meaningful to the children I’m teaching? Here’s what I came up with, and it’s working out well this year.

First, I scrapped the idea of an alphabetical word wall. We have very limited space on the wall, and I wanted the wall to serve more than one purpose. Plus, alphabetizing and scanning alphabetic lists is becoming an obsolete skill (we use search boxes). Many of the children I work with have difficulty comprehending the words they can decode, so we use a program called Visualizing & Verbalizing for Language Comprehension and Thinking® by Nanci Bell. I took the visuals we use for reading comprehension (made on Boardmaker based on the V&V program’s structure words), and posted them on the wall. 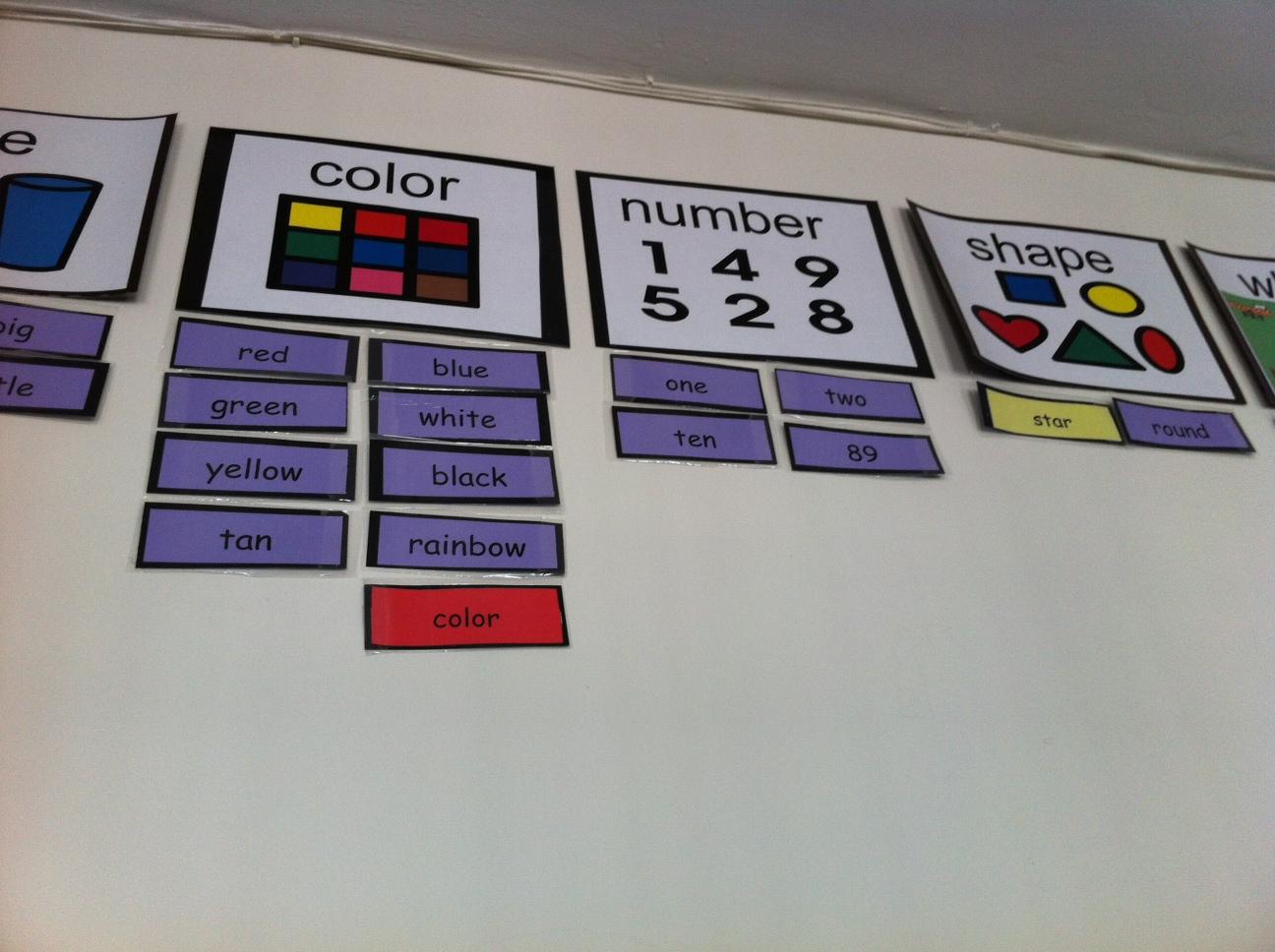 Next, I taught the class the parts of speech, starting with nouns. They generated their own lists of words. Having the children create the list meant that the list would be way more meaningful to them. After color-coding, printing, and laminating them, we put them up on the wall. The children problem-solved which categories made the most sense, and for the most part, we followed their lead. This exercise was helpful for them to understand that language is not concrete– sometimes words can be in multiple categories. If you have a reason, then that works. In doing this activity, we also added categories (or structure words) that aren’t in the program (person who, feels like). I also saved myself a lot of time after school. 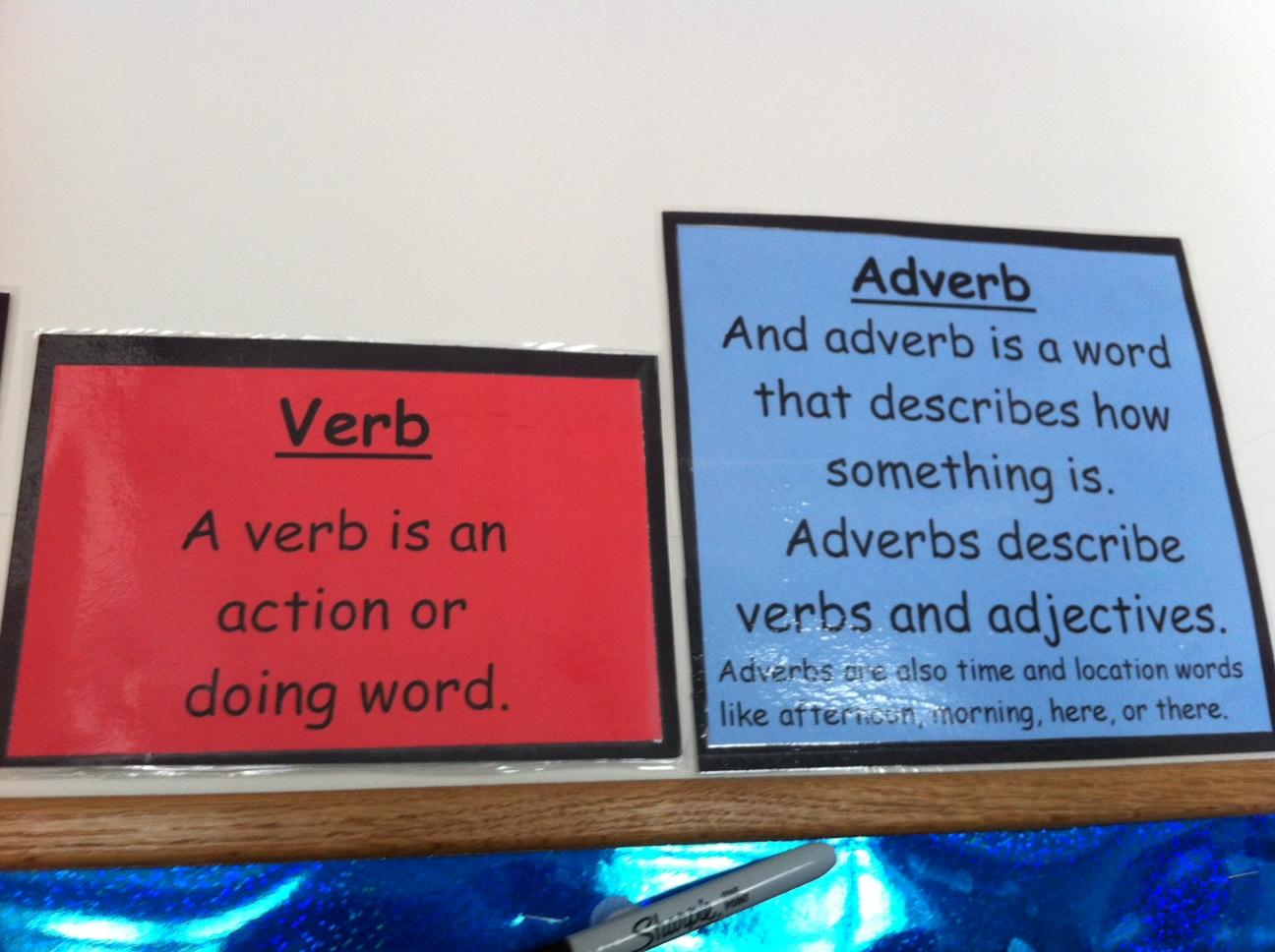 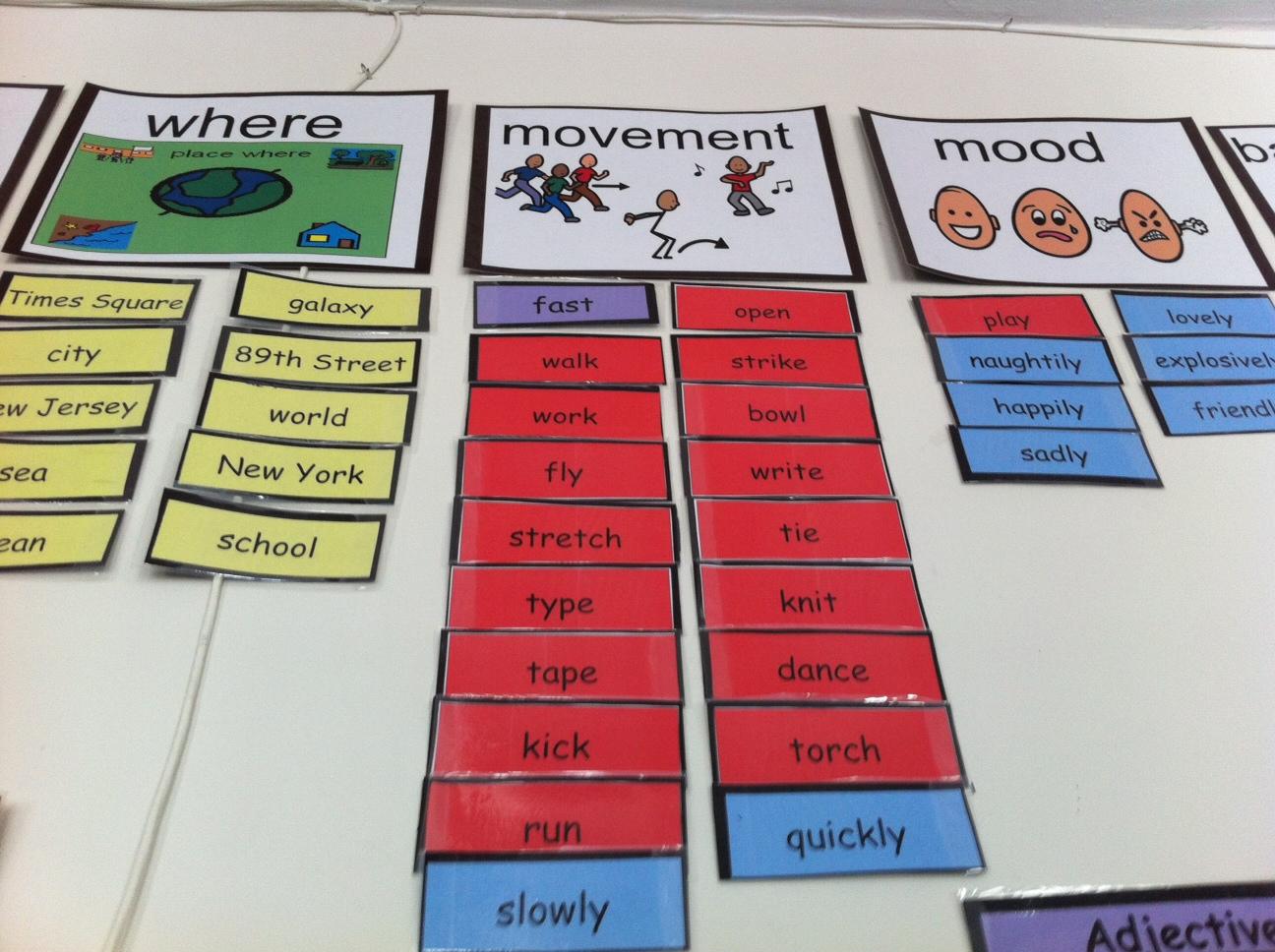 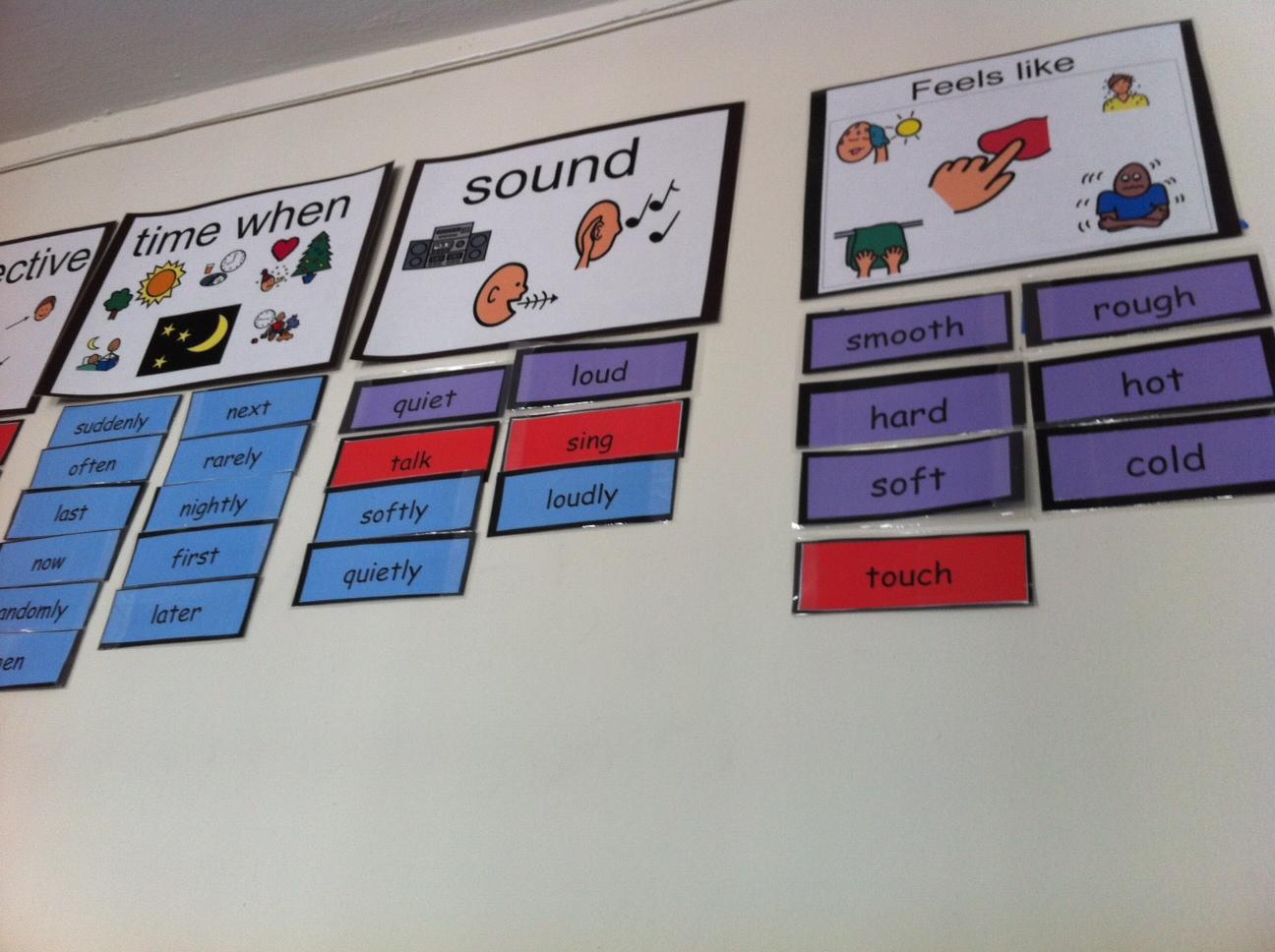 We played games using the word wall like Hangman and our modified version of Scattergories. The kids got to know the word wall and learned to sort words by parts of speech and by meaning. The next step was to take it to the writing process. Thinking that the wall was enough support, we just referred them to the wall to add more details. As you can imagine, the same troubling thing happened: they were stumped and needed support to verbally break it down to: add three color words or four feelings words.

So, I created a checklist that made the idea of adding details less abstract and therefore, more independent. Using Boardmaker, I made miniature versions of the visuals on the wall with check boxes for how many times it should appear in their writing. It’s easily differentiated for the whole class. You can also easily add punctuation reminders and capitalization reminders to a list like this. 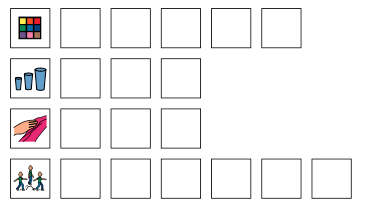 The most productive writing has come of this, and teaching them the breakdown of editing in a meaningful way helps solidify the skills that great writers have. It also frees up time to have more productive consultations with them about their writing.

A Sci-fi/Fantasy Author's Reviews and Ramblings

Creative ideas for your classroom

From Student to Teacher.
The thoughts of a Student Teacher